You can buy Apple’s iPad Pro, Apple Pencil, and Smart Keyboard on Nov. 11

The 12.9-inch tablet and its accessories are available online first, then hit store shelves later this week.

Apple took the wraps off its long-rumored super-sized tablet, the 12.9-inch iPad Pro, back in September, but would only say its release would happen sometime in November. The company announced today that the Pro will go on sale this Wednesday online only, but will arrive in stores “later this week” (usually Apple code for Friday). 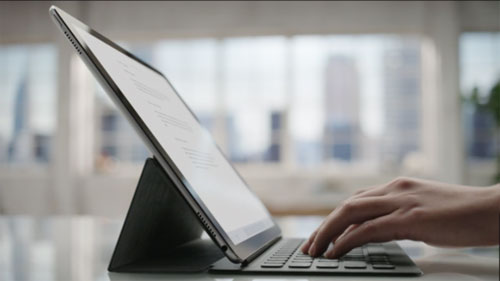 The Pro starts at $799 for a 32GB Wi-Fi model and goes all the way up to $1079 for a 128GB version with Wi-Fi and cellular connectivity. The tablet comes in silver, gold, and space gray. The tablet will be available in 40 countries at launch, including the U.S., U.K., Canada, China, France, Germany, Italy, Japan, Mexico, and Russia.
The $99 Apple Pencil, $169 Smart Keyboard, $79 silicone cases, and $59 Smart Covers also go on sale on Wednesday and will appear on store shelves on Friday, if you want to add a few accessories to turn the Pro into a creative multitasking machine.
“The early response to iPad Pro from app developers and our customers has been incredible, and we’re excited to get iPad Pro into the hands of customers around the world this week,” Apple marketing chief Phil Schiller said in a press statement on Monday.
Apple’s press announcement pointed to apps like Adobe’s Creative Cloud suite, including Photoshop Fix, FiftyThree’s Paper, Savage Interactive’s Procreate 3, and sketching tool UMake as examples of the kinds of creative apps that make perfect sense on the iPad Pro.
Why this matters: Apple is releasing the giant Pro as iPad sales are sliding andMicrosoft’s Surface lineup of workhorse tablets is seeing some success. Creatives have long clamored for multitasking features like the ones built into iOS 9, which was designed with the 12.9-inch Pro in mind. You can now run apps side-by-side on smaller iPads, like the iPad Air 2 and iPad mini 4, but those apps will have much more room on the Pro.
We went hands-on with the iPad Pro, Apple Pencil, and Smart Keyboard back in September, but stay tuned for our full reviews of the Pro and its accessories later this week. Are you buying an iPad Pro? Tell us why or why not in the comments.