Apple on Monday 30th jun announced that the next version of the Mac OS—dubbed OS X Yosemite, after the popular National Park in California—will be available as a free upgrade to the public this fall.
The jam-packed operating system update features a significant user interface overhaul, rich with bright colors and translucent effects, plus numerous changes to the visual identity of almost every system app that brings them closer to their iOS counterparts. The interface now also comes with a “dark” mode, which dims system elements like the Menu and Dock and allows apps to be more prominent.
The changes, however, are more than skin deep, as many system components have been updated and improved. Spotlight, for example now appears as a convenient text box in the middle of the screen and provides access to information from a large variety of sources, including the various App Stores. Notification Center is now fully customizable—and includes support for third-party widgets. 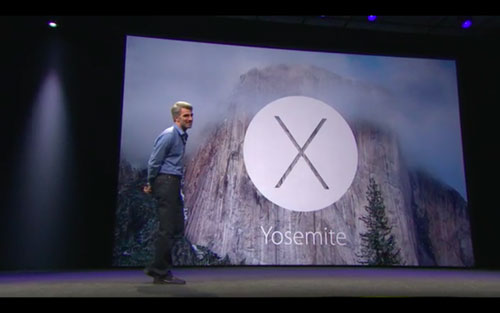 Among Apple’s own apps, Safari now sports a slimmer interface that leaves more room for content, and includes improved support for advanced Web technologies such as CSS and WebGL. Mail’s improvements include the ability to annotate and even sign messages and attachments directly within the app, and sharing them with others.
The company’s services ecosystem will also experience several improvements when Yosemite hits the digital shelves: iCloud gains a new Drive feature, which offers access to file-based cloud storage à la Dropbox. A new feature, called Continuity, allows users to begin tasks on one device and continue them seamlessly on another, and is based on the same technology as AirDrop, which will finally work across both iOS and OS X.
Speaking of iOS, the integration between Apple’s mobile and desktop operating systems now extends to the ability to easily share cellular phone calls and SMS messaging, with support for both baked right into OS X, which will be able to make and receive calls seamlessly, so long as an iPhone is within reach and paired via Bluetooth.
In a departure from tradition, the company will also institute a public beta program that will allow users to test the new operating system before its general availability, regardless of whether they are part of the company’s developer program.

Just a couple days after a security researcher alleged that iOS contained “backdoor” access to user information, Apple has posted a knowledge base article explaining many of the systems that were under scrutiny.
In the article, iOS: About diagnostic capabilities, Apple calls out three services: a packet capture tool called “pcapd,” one called “file_relay,” and a third dubbed “house_arrest.” According to Apple, all three of these technologies are used “to help enterprise IT departments, developers, and AppleCare troubleshoot issues.” The company also emphasized that users must unlock their devices and connect them (via a cable or iTunes Wi-Fi Sync) to a trusted computer for the information to be retrieved; and even then, data transferred between the two is encrypted, and the keys are not shared with Apple.
Only a brief overview is provided for each of the three tools. Pcapd is intended for diagnostic packet capture—that is, network troubleshooting—and determining problems with third-party apps and enterprise VPN connections. Further information is available in documentation on packet traces in Apple’s iOS Developer Library. 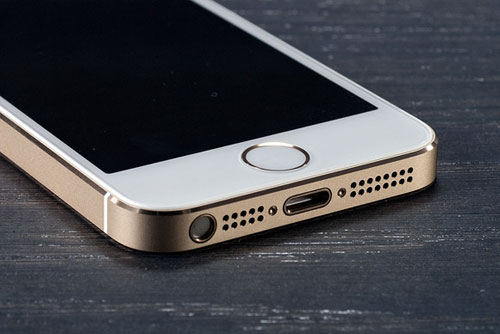 File_relay, which security researcher Jonathan Zdziarski called the “biggest forensic trove of intelligence” on iOS devices, is, according to Apple, intended for “limited copying of diagnostic data from a device.” The company also says it’s separate data from backups that user makes, can’t access everything on the device, and respects third-party encryption. It’s specifically used by Apple engineering on internal devices and, in some cases, by AppleCare, for diagnostic purposes.
Finally, house_arrest is the tool underlying iTunes File Sharing, letting you copy documents to and from third-party apps that support it. Xcode also uses the service to transfer test data for apps in development.
While Apple’s tech document may not allay all concerns about these tools—specifically that they, in some cases, seem to have a broader access than is really necessary for certain diagnostics—the fact that Apple unabashedly posted a tech document describing them does take a certain amount of air out of the argument that any of these are “secret backdoors” intended for snooping on users.
More to the point, Cupertino appears to be continuing to uphold the transparency that it’s touted around privacy issues. That’s the attitude we’ve come to expect from Apple, and it’s good to see the company live up to that.

‘It has to be able to fit their buttocks’: Foxconn CEO mocks curved displays on phones

The curved displays on new smartphones coming from Korea were the target of a joke by Foxconn Technology Group’s CEO, who mocked the products as phones designed to fit the rears of consumers.
“People are talking about, wow, displays that can transform, but they forget that you have to be able to use the device,” Terry Gou said at the company’s shareholders’ meeting on Wednesday.
Both Samsung Electronics and LG have come out with smartphones built with curved screens, but Gou is less than impressed with the technology. The Taiwanese manufacturing giant assembles Apple’s iPhone and also competes in building TVs.
Gou recounted visiting the show booth of one of the Korean companies, where he asked the sales reps why the curved displays were needed. 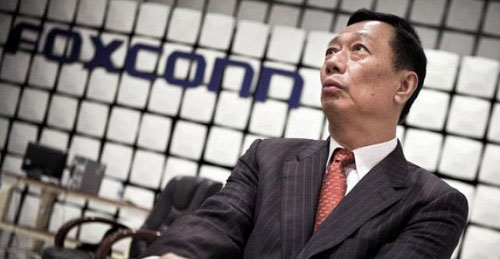 “They explained that if the men want to put a large phone into their jeans, it has to be able to fit their buttocks,” he said. “This is a company ranked worldwide number 1, number 2 in displays, and their marketing is saying this.”
Gou also dismissed a sales point that the curved phones are easier to hold when making phone calls. “Do you listen to your phone, or do you look at your phone? You look at them. So if you look at them, why do you need a curved screen?” he recounted saying to the sales rep. “If it’s a curved screen, then you won’t be able to see the display clearly.”
It’s not the first time Gou has taken a job at his Korean competitors. He has reportedly vowed to beat Samsung in the display business.
Despite Gou’s complaints, some critics are liking the curved displays found on the phones. “The bend in its body actually makes it easier to hold,” wrote TechHive of LG’s G Flex phone, adding, “It makes the phone feel more ‘premium’ than it actually is.”
Foxconn plans to respond to its rivals with its own smartphone innovations. On Wednesday, Gou said the company was developing one such handset built with a 35-megapixel camera that sits flat on a device’s surface. “If you want a 35-megapixel camera on a phone now, you need to buy it as an attachment,” he said. “What we are working on will be flat.”

Wireless broadband subscriptions now outnumber people in seven countries as consumers continue to snap up smartphones and tablets, according to a new report.
Finland, Australia, Japan, Sweden, Denmark, South Korea and the U.S. had wireless broadband penetration of more than 100 percent as of December 2013, the Organization for Economic Cooperation and Development said Tuesday. That means there was more than one wireless broadband subscription per person, usually because consumers have more than one mobile device that can go online. The U.S. just barely crossed the bar, while Finland led the group with more than 123 percent penetration.
Across all 37 OECD countries, wireless broadband penetration rose to 72.4 percent as total subscriptions grew 14.6 percent. The group spans North America, Australia, New Zealand, and much of Europe, as well as Japan, South Korea, Turkey, Israel, Mexico and Chile. It’s sometimes treated as a barometer of the developed world. 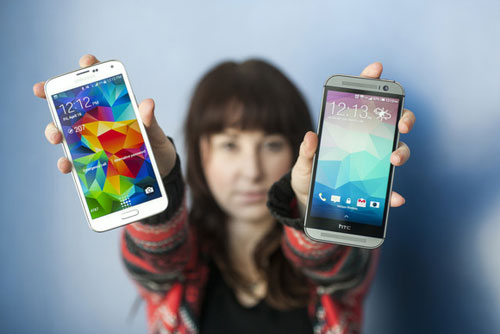 Wired broadband subscriptions also grew in 2013, reaching an average of 27 percent penetration. That means there was just over one wired subscription per four people: Wired broadband services, such as cable and DSL (digital subscriber line), typically are shared. Switzerland led in that category with 44.9 percent penetration, followed by the Netherlands and Denmark. The U.S. had just under 30 wired subscriptions per 100 people, while Turkey came in last with just over 11.
DSL still makes up a majority of wired broadband subscriptions, at 51.5 percent, followed by cable with 31.2 percent. Fiber-optic grew to a 16.7 percent share, gradually replacing DSL services. Fiber more than doubled its share of the market in the U.K. and also gained strongly in Spain, Turkey and France. While those countries still have relatively low fiber penetration, Japan and Korea continued to lead the OECD for that technology. Nearly 70 percent of all wired broadband in Japan goes over fiber, and almost 65 percent in Korea.
The OECD has compiled some of its broadband statistics on a portal page. For all the technologies it tracks, the group uses a generous definition of broadband as a service capable of at least 256K bits per second downstream.