The global camera business, centered in Japan, is headed for a shakeout.
With industry revenue falling to the lowest level in a decade amid surging smartphone sales, Nikon Corp. (7731), the world’s No. 2 camera maker, has cut prices to lure consumers. Market leader Canon Inc. (7751) may follow suit to keep pace, according to UBS AG, putting pressure on smaller producers and possibly leading them to retreat from the business.
“There are too many players,” said Ryosuke Katsura, an analyst at UBS in Tokyo. “It’s going to be tough for smaller camera makers even to remain in the business as competition between Canon and Nikon will likely intensify,” said Katsura, who recommends selling shares of both industry leaders.
Since Apple Inc. introduced the iPhone in 2007, Canon and Nikon stocks have lost more than half their value as demand has withered in an industry they have dominated for over a decade. Nikon is the worst performer in the Nikkei 225 (NKY) index this year, falling 34 percent.
Sales of compact models have slumped as smartphones displace the point-and-shoots that were the biggest part of the market. Now higher margin single-lens reflex models — a market 80 percent controlled by Canon and Nikon — are slowing as well.
To keep sales moving, Nikon has been discounting many models. The Nikon 1 J2, introduced a year ago, now sells for as little as 23,485 yen ($240), 64 percent below its initial price, according to Japanese online comparison site Kakaku.com. The high-end D600, also introduced last September, has declined 26 percent to 145,975 yen. 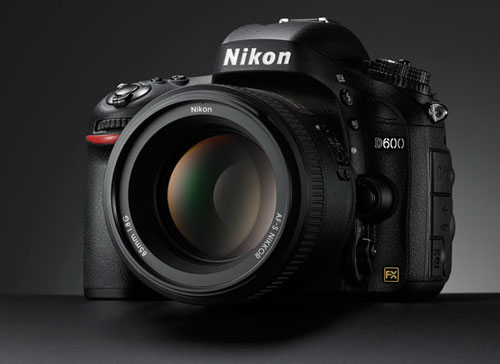 Army Binoculars
Camera shipments are likely to fall 30 percent this year to 69 million units, according to Morgan Stanley MUFG Securities Co., even as manufacturers try to slow the decline by adding smartphone-like features such as Wi-Fi and Bluetooth. Nikon in August cut its 2013 net income target by 23 percent while Canon lowered profit and sales forecasts in July.
Nikon says it cut prices to reduce inventory as demand falls, and that the company is scaling back production to boost profitability. Canon says it doesn’t plan to chase short-term market share gains by cutting prices.
Founded in 1917, Nikon supplied binoculars and optical gear to the Japanese military. After World War II the company focused on consumer products and in 1959 introduced its first SLR camera with an interchangeable lens, the Nikon F. Today it gets 84 percent of operating profit from imaging.

Buddhist Goddess
Canon started in an apartment in the Tokyo district of Roppongi in 1933. The next year, the company built its first 35 millimeter camera, called the Kwanon after the Buddhist goddess of Mercy. Its EOS Rebel, introduced in 1993, helped Canon cement its lead in the market by attracting a younger generation to high-end SLRs.
“Camera makers need to seek a new growth driver,” said Hirosuke Takayama, an analyst for SMBC Nikko Securities Inc. in Tokyo. Medical equipment that uses their image-capturing sensors and processors is “the area the companies are all looking at.”
Olympus Corp. (7733), which started as a maker of microscopes and thermometers in 1919, produced its first camera in 1936. In 1950, it made an early endoscope — for taking pictures inside the body — and the company is now the world’s largest producer of such devices. Olympus plans to stop SLR development and this year closed a Beijing camera plant and suspended its cheapest compact camera line. In April Olympus started a venture with Sony Corp. (6758) to develop medical equipment.

$1 Brownie
Fujifilm Holdings Corp. (4901), a Tokyo-based photographic film maker, is shifting away from consumer cameras to medical systems and display components. Panasonic Corp. (6752), which produces the Lumix brand, will shrink its compact camera business, Chief Executive Officer Kazujiro Tsuga said in an interview.
Both industry leaders have ample resources to fund new ventures and takeovers. Canon had cash and equivalents of 755 billion yen in June while Nikon’s cash holdings were 121 billion yen, according to data compiled by Bloomberg.
“Changes in the camera market may tell them it’s time for them to take risks to do something drastic to change their earnings structure,” said Hisashi Moriyama, an analyst at JPMorgan Chase & Co. in Tokyo.
The shift to smartphones could be similar to the transition from film to digital photography, which weeded out companies slow to adapt. Konica Minolta Holdings Inc. sold its SLR business to Sony in 2006 to focus on office equipment. Pentax Corp. was acquired in 2007 by Hoya Corp (7741), which sold the camera operation to Ricoh Co. (7752) four years later. Eastman Kodak Co., the photography pioneer that introduced the $1 Brownie Camera more than a century ago, is now bankrupt.

41 Megapixels
Smartphone cameras are getting more sophisticated. Samsung Electronics Co. (005930)’s Galaxy S4 is equipped with a 13-megapixel sensor. Sony’s latest Xperia Z1 has a 20.7 megapixel camera and an optional zoom-lens attachment. Nokia Oyj (NOK1V) in July unveiled its Lumia 1020 with a 41-megapixel camera. By contrast, Canon’s EOS-1D X, which sells for $6,799 on the company’s U.S. website, has an 18.1-megapixel sensor — though pixel count is only one of many factors that affect image quality.

As Nikon and and Canon consider diversification, earnings are going to remain under pressure as smartphones cannibalize compacts and margins on SLRs shrink, said Amir Anvarzadeh, a manager of Japanese equity sales at BGC Partners Inc. (BGCP) in Singapore.
“This is not,” he said, “going to reverse anytime soon.”