Advanced Micro Devices doesn’t want its chips in low-priced tablets, and is eager to avoid a battle with Intel or ARM, whose chips have driven tablet prices down to under $100.
Growth in the tablet market is driven by low-end devices and Android, but AMD’s tablet strategy is driven by Windows and high-performance machines. So AMD’s avoidance of the low end of the market narrows options for people looking for name-brand chips in low-price machines.
AMD chips are in just a handful of tablet models. Those AMD chips that are available for tablets are essentially watered-down PC chips with strong graphics capabilities. But the company plans to introduce new chips, code-named Beema and Mullins, for tablets These new chips are based on a new core and designed to provide more performance and battery life.
“If we miss out on some units in the low end, so be it,” said Lisa Su, general manager of AMD’s global business units, during the first-quarter earnings call on Thursday. 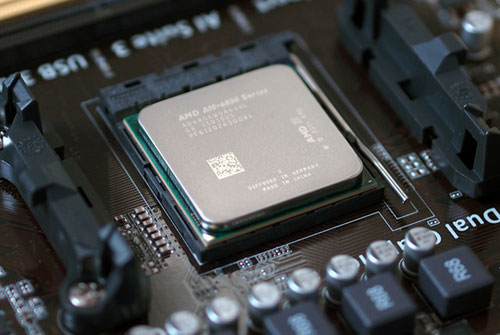 No subsidies for AMD

AMD executives said they didn’t want to buy their way into the tablet market like Intel, which has been subsidizing tablet makers to use its x86 chips through its “contra revenue” program. Instead, AMD wants to be selective in its product mix, and focus on high-margin and high-value products.
“This idea of contra revenue is foreign to us,” said Rory Read, CEO of AMD, during the call.
AMD could go after tablets priced at $300, but won’t go under that, said Nathan Brookwood, principal analyst at Insight 64.
“They are not chasing bad business,” Brookwood said.
AMD doesn’t have the financial resources to provide subsidies to tablet makers to use its chips, Brookwood said.
Though the tablet market is important, AMD is more concerned about generating revenue from custom chips and other areas, Brookwood said.
AMD makes custom chips for game consoles like Microsoft’s Xbox One and Sony’s PlayStation 4, which helped drive up revenue by 28 percent in the first fiscal quarter of 2014. AMD’s revenue in the PC, server and tablet chip business declined.
Addressing the wide tablet market isn’t a good idea for AMD and its bottom line, said Dean McCarron, principal analyst at Mercury Research. AMD is directing more resources out of tablets and into consoles, where there is more financial reward, McCarron said.

But it does need one or two big customers to help their tablet business, he said.
“They are being very judicious in what part of the product stack they are playing in,” McCarron said. “They are working on home-run customers.”
A $200 million chip deal is big for AMD, but peanuts for a company like Intel, McCarron said.
Intel also has its own factories and can afford to subsidize chips. AMD gets its chips made from contract chip manufacturers like GlobalFoundries.
Intel is looking to ship 40 million tablet chips this year, and this week reported it had shipped 5 million tablet chips in the first fiscal quarter. The tablet market is currently favorable to ARM, so Intel has to provide subsidies and incentives to device makers in an effort to establish x86 chips.
And just like in PCs, AMD could simply piggyback Intel’s success and make its way into the x86-friendly tablet market.
“It isn’t the first time that’s happened,” Brookwood said. “But I don’t think they want to do that.”