Java was the most targeted development platform for exploit attacks during the first half of the year, and attacks have increasingly shifted to zero-day vulnerabilities, according to F-Secure’s new threat report.
“Of the top five most targeted vulnerabilities, four are found in the Java development, either the Runtime Environment (JRE) or the browser plug-in,” according to the report, based on information about attacks detected through F-Secure’s sensors and telemetry systems. The company notes that it’s not surprising Java is an appealing target since “next to the Windows operating system (also a popular target for exploits), Java is probably the second most ubiquitous program in an organization’s IT setup.”
Analysis of attacks shows the top five exploited vulnerabilities accounting for 95 percent of all attacks, with the U.S. the geographic location most targeted. F-Secure estimates 78 out of every 1000 users in the U.S. saw a detection identifying an exploit of a specific vulnerability in the last six months. Germany also saw a fairly high number of attacks with about 60 out of 1000 users hit within the same time frame.
“Unfortunately, removing either the runtime or plug-in may not be a feasible option for companies that use Java in business-critical instances,” the F-Secure report points out. Defense and mitigation strategies might involve something more complicated than uninstalling a program, such as “some combination of tweaking Java’s security settings, configuring web browser settings to minimize unwanted applet execution (or installing other third-party plug-ins to do so) and monitoring network traffic.”
F-Secure says 70 percent of the exploit-related attacks are carried out by means of five kits: BlackHole, SweetOrange, Crimeboss, Styx, and Cool. All of these remain under active development.
Another security threat to be reckoned with in the first half of 2013: Mac malware. F-Secure reports it saw the “first Mac malware signed with a valid Apple Developer ID,” an ominous event because this allowed the malware to bypass Apple’s first line of defense. After independent researcher Jacob Appelbaum identified the malware, Apple was swift in revoking the misused developer ID attributed to “Rajinder Kumar” (hence this malware has been dubbed “Kumar in the Mac”).
While this is noteworthy, malware targeting Android continued to dominate mobile threats in the first half of the year, according to the report. Of interest is the discovery of Android malware dubbed Stels, which is designed for distribution via spam e-mails and a bot that uses Twitter to update its command-and-control server addresses. 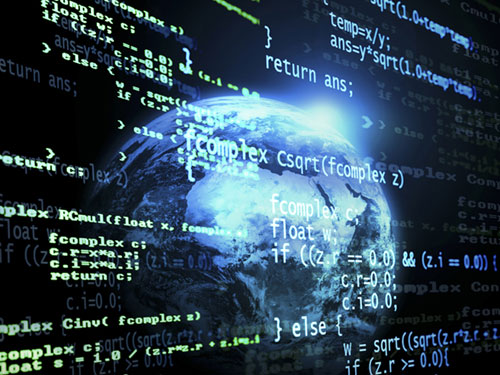 Bitcoin draws cybercrooks
The rise of Bitcoin as a crypto-based computer-based digital currency is also luring the online criminal underworld as a money-making option, F-secure says.
Bitcoin is not linked to any existing currency, but it does have value based on what people think it’s worth for use in instant transactions, notes Mikko Hypponen, chief research officer at F-Secure Labs. “Today, there are massively large networks of computers mining Bitcoins and other competing crypto currencies (such as Litecoin),” Hypponen says in the report. Because at least six members of the peer-to-peer network have to confirm Bitcoin transactions before they go through, the Bitcoin system rewards users participating in this needed mining with Bitcoins.
“The basic idea behind mining is easy enough: if you have powerful computers, you can make money,” Hypponen says, but adds, “unfortunately, those computers don’t have to be your computers.”
In analyzing malware, F-Secure has found that infected computers taken over by cybercrimals can also be commandeered to make Bitcoins, and that’s what has happened in some instances.
There has been a rise in the first half of the year in several types of malware targeting Bitcoin, and a botnet based on the ZeroAccess family of malware includes a powerful rootkit to hide its presence. F-Secure has spotted a large ZeroAccess botnet operator running a Bitcoin mining operation with various plug-ins on infected PCs. “We estimate them to be make over $50,000 a day by mining Bitcoins on infected computers,” Hypponen says. “If such operations are already happening today, it’s easy to see that mining botnets will become very popular for online criminals in the future.”