There are countless debates between the pro-IPTV gurus and the uber-OTT crowds. Which viewer experience will win? How quickly? How much money is at stake? And who will be the biggest loser? OSP® magazine went looking for a definitive answer and found less than definitive information.
For those not intimately familiar with the landscape, here is the crux of the argument: Quite simply, the over-the-top (OTT) proponents say it should be all about the viewers. Viewers should be able to access the content they desire and watch it whenever and wherever they want on the device they choose.
The IPTV-ers ask why providers who deliver the bandwidth to stream that content should be saddled with the cost of upgrading their networks to handle the huge bandwidth demands of OTT video. Even worse, they say, is the defection principle: The more viewers crave this OTT-everywhere, the more they may consider dropping their cable or Internet Protocol Television (IPTV) subscriptions altogether.
When OSP® magazine tried to determine a position to take, we reviewed forecasts from both camps:

Forecasts Claiming OTT Will Oust IPTV
• Informa Telecoms and Media expect worldwide viewers of OTT television services delivered to the living room TV to outnumber IPTV services worldwide by 2013.
• Informa forecasts that by 2015, 380 million people globally will view online video via connected devices such as TVs, games consoles or set-top boxes from the likes of Apple and Google. That will be more than double the number of IPTV subscribers.
• The gap between OTT TV and IPTV will likely be even more pronounced by 2015 in some markets, such as the UK, where there are already more OTT TV viewers. By 2015, only 3.6mn people are likely to be watching managed IPTV in the UK, while 27mn will be watching online video on the TV.
• Research and Markets projects OTT revenue to rise to nearly $3 billion in 2014.

Forecasts Purporting That IPTV Will Dominate OTT
• The Broadband World Forum recently shared research that puts the total number of IPTV subscribers worldwide at nearly 45.4mn by the end of 2010, with over 11.5mn added in the 12-month period.
• Europe held on to its position as Number One region for IPTV subscribers, but the growth rate was lower in comparison to other markets, mostly due to maturing IPTV territories such as France and Belgium. Asia showed strong growth last year with over 50% for the year, and is described as being the one to watch to overtake Europe in 2011 with the largest IPTV subscriber base. In addition, the Middle East and Africa region had the strongest percentage growth (despite starting with a low overall number of subscribers) at 63.5%.
• A second research firm, SNL Kagan, estimates that worldwide IPTV subscriptions were 46.2 million at the end of 2010. (This is .8M more than the forecast above.) According to that firm, 6.9 million IPTV consumers are in the U.S. This would be around 15% of the global 46.2 million in IPTV subscriptions. The firm estimates there will be 59.7 million by 2013. That figure could give IPTV an 8.3 percent share of all pay-TV households worldwide.
• A new survey from Pyramid Research said IPTV service revenue increased 45% between 2009 and 2010 to reach $11.8 billion. Over the next 5 years, the firm expects IPTV service revenue to increase at a CAGR of 25% with revenue reaching $36.3 billion by 2015. This will represent 15% of total pay-TV revenue in 2015, compared with 6% today. 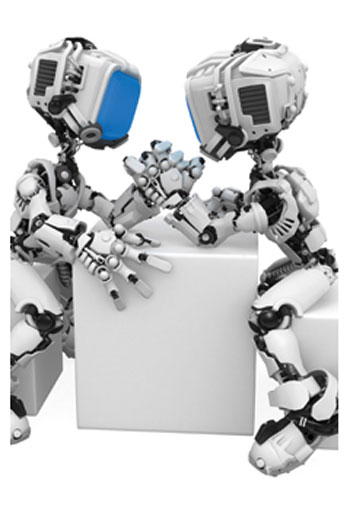 Quality of Experience Makes or Breaks Either
HOW providers get the largest piece of this very profitable pie has everything to do with execution. Both IPTV and OTT video showcases each and every OSP wart. There are still far too many unresolved problems in the legacy/FTTC/FTTN and even the FTTH network that can make or break the customers’ Quality of Experience (QoE). Thankfully, standards organizations are working on that very thing.
Recently, the Alliance for Telecommunications Industry Solutions (ATIS) IPTV Interoperability Forum (IIF) completed an important update to its standard on Quality of Service (QoS) Metrics for Linear IPTV (ATIS-0800008).
In close collaboration with the Video Services Forum (VSF), the IIF implemented several updates to expand and improve its previous work on linear IPTV metrics, most notably in the area of content quality, which was particularly under-standardized in the past. To address this need, the IIF and VSF worked together to define an initial set of IPTV-related content quality metrics for both video and audio in order to address the increasing requirements for measurements related to QoE.
For example, new video metrics included in the ATIS-0800008 revision include Frame Loss Length, I/P/B-Slice/Frame Losses, or Motion Activity. New audio metrics include Audio Dropouts, Loudness, Dial norm and Program Reference Level. These metrics will be instrumental in allowing IPTV service vendors to get a better understanding of possible quality issues with their video streams.
Other noteworthy additions to ATIS-0800008 include defining metrics availability and reliability for different protocol stacks and encryption levels, adding metrics for Multicast Listener Discover (MLD) Join Latency and MLD Leave Latency to accommodate IPv6, and improving the definitions of previously-established metrics.
“QoE is essential for providers to be competitive in the broadband services marketplace,” adds VSF President Richard Friedel. “The metrics developed as part of this joint work will not only enable test equipment vendors to provide a well-defined common set of QoE metrics, but they will also allow IPTV service providers to deliver better service by understanding quality issues with their video streams.”

Could It Be That Both IPTV and OTT Will Win?
Quite clearly, the devil is in the details when it comes to HOW well providers meet their delivery objectives. But they better hurry and get the user experience right. We are all aware that end users are not patient. And shockingly (not!), they want their pay services delivered right the first time. One messy evening filled with jitter and delay could cause a customer to become a loud defector.
What’s the solution? It has everything to do with how communications providers, vendors, and the industry as a whole choose to approach the challenge. Undoubtedly, the winners will be the ones who take action to leverage OTT opportunities — as well as deliver quality to their IPTV pay subscribers.
So does it matter that neither IPTV nor OTT may be the clear winner? We say no. The only winners will be those who leverage and capitalize on both.