Can plastic materials morph into computers? A research breakthrough published this week brings such a possibility closer to reality.

Researchers are looking at the possibility of making low-power, flexible and inexpensive computers out of plastic materials. Plastic is not normally a good conductive material. However, researchers said this week that they have solved a problem related to reading data.
The research, which involved converting electricity from magnetic film to optics so data could be read through plastic material, was conducted by researchers at the University of Iowa and New York University. A paper on the research was published in this week’s Nature Communications journal.
More research is needed before plastic computers become practical, acknowledged Michael Flatte, professor of physics and astronomy at the University of Iowa. Problems related to writing and processing data need to be solved before plastic computers can be commercially viable.
Plastic computers, however, could conceivably be used in smartphones, sensors, wearable products, small electronics or solar cells, Flatte said. 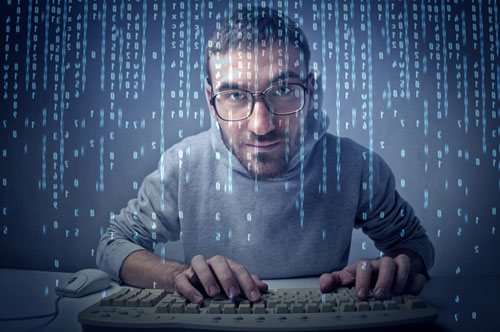 What would they do?

The computers would have basic processing, data gathering and transmission capabilities but won’t replace silicon used in the fastest computers today. However, the plastic material could be cheaper to produce as it wouldn’t require silicon fab plants, and possibly could supplement faster silicon components in mobile devices or sensors.
“The initial types of inexpensive computers envisioned are things like RFID, but with much more computing power and information storage, or distributed sensors,” Flatte said. One such implementation might be a large agricultural field with independent temperature sensors made from these devices, distributed at hundreds of places around the field, he said.
The research breakthrough this week is an important step in giving plastic computers the sensor-like ability to store data, locally process the information and report data back to a central computer.
Mobile phones, which demand more computing power than sensors, will require more advances because communication requires microwave emissions usually produced by higher-speed transistors than have been made with plastic.
It’s difficult for plastic to compete in the electronics area because silicon is such an effective technology, Flatte acknowledged. But there are applications where the flexibility of plastic could be advantageous, he said, raising the possibility of plastic computers being information processors in refrigerators or other common home electronics.
“This won’t be faster or smaller, but it will be cheaper and lower power, we hope,” Flatte said.

In the new research, Flatte and his colleagues were able to convert data encoded in a magnetic film from an electric flow into optics for an organic light-emitting diode (OLED). The LED was made out of the plastic, and connected to the magnetic film through a substrate. Plastics can’t handle electricity; the data had to be converted into optics for communication.
“The plastic devices are very important in certain areas of light emission but have tended not to be important in communication,” Flatte said.
The researchers were more concerned about making the technology happen—environmental concerns related to plastic are a completely different discussion, Flatte said.
To be sure, there are plastic devices with silicon computers in them already on the market, like a baby garment from Rest Devices, which has electronics to measure a baby’s motion, temperature, breathing patterns and pulse. And before this week, basic transistors made out of plastic had been demonstrated. Now, this latest research establishes a method for plastic devices to read data from storage.
“The writing problem would have to be solved. But I think [reading] is an important step forward,” Flatte said.