Prices for 4K monitors have dropped below US$500, bringing them within the reach of cost conscious buyers looking to replace 1080p displays.
The prices have been falling steadily from $700 or more earlier this year. 4K monitors are available from Samsung, Sharp, Dell, Asus, Acer, Monoprice, and small vendors.
4K gives a resolution of 3840 by 2160 pixels, or four times deeper than conventional 1080p resolution of 1920 by 1080 pixels.
Dell is selling its 28 Ultra HD P2815Q monitor for $449.99, down from $699.99 when the product started shipping earlier this year. Newegg is selling 28-inch monitors from AOC and Planar for $499.99.
Samsung has also dropped the price of its 28-inch 4K monitor, the UD590, which is now selling for $599.99 through retailers like Best Buy and Newegg.
Not all 4K prices have dipped so low. Lenovo’s ThinkVision 28-inch Pro2840m is still selling for $799.99. It was announced in January and started shipping around the middle of the year. 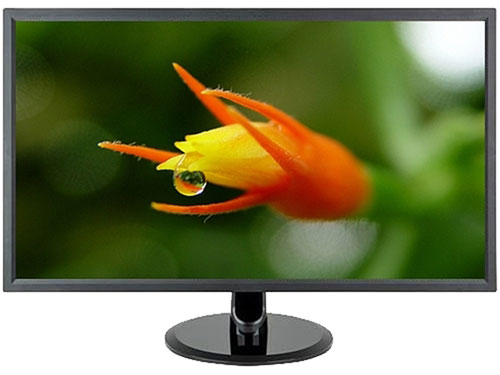 It’s important to check all the features on lower priced monitors. They often have a all the main features and ports but suffer on refresh rates, which affect the display’s ability to cope with fast-moving images. For example, Dell’s P2815Q monitor has been criticized for its 30Hz refresh rate. Samsung’s UD590 has the more desirable 60Hz refresh rate via its DisplayPort 1.2, but it drops to 30Hz when connected to a PC via the HDMI port.
Increased competition is bringing prices down, as monitor makers try to attract buyers. Intel recently predicted that 4K monitor prices will fall to below $400 by the end of this year.
As with the other types of computer hardware, prices will continue to fall quickly over the next couple of years and then more gradually after that, said Jonathan Gaw, a research manager at IDC.
As more content takes advantage of 4K, including games and streaming video, buyers will be more motivated to buy 4K monitors, Gaw said.
The buyers are mostly consumers. Some want the latest and greatest display while others are merely drawn by the lower prices, said Leslie Fiering, research vice president at Gartner.
The sub-$500 4K monitors have the basic features, so display makers would have to offer significant improvements to justify higher prices. For example, many low-cost 4k displays don’t have touchscreens. Other features that could command higher prices include sound bars, gesture recognition, cameras, wireless capabilities, and more ports.
“The PC monitor industry is banking on two elements in hopes of getting people to pony up for higher-priced monitors: 4K and touch interfaces. Touch interfaces need the OS vendors and the application developers to create more compelling use cases,” Gaw said.