Even if you get the free upgrade, everything from Cortana to Xbox has its ways of making you pay.

Windows 10 isn’t really free. Realizing why and how it isn’t really free can help you understand why installing the operating system on 1 billion systems by 2017 is such a big deal for Microsoft—and why this version of Windows is very different at its core than Windows 7 and its predecessors.
Let’s get the “free” part out of the way before we dive into that, though. 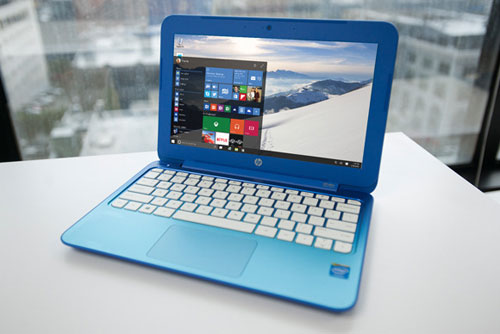 Sure, you can go snag a free Windows 10 upgrade right now if you’re running Windows 7 or Windows 8—but that doesn’t mean Windows 10 is free. Buying a fresh Windows 10 license still costs $100-plus, and PC makers still pay Microsoft a fee for each and every computer that ships with Windows installed. Linux is free. The Windows 10 upgrade is only “free” for people who have already purchased a Windows license, be it via a standalone license or bundled with a premade PC. You can’t just go download Windows 10 and install it on a new PC without spending some cash.
So why is Microsoft tossing Windows 7 and 8 users this yummy no-cost bone?
Optimists may say it’s a result of new CEO Satya Nadella’s reimagined, more open Microsoft. Cynics may say there was no way Microsoft could realistically charge for upgrades now that Apple and Google have conditioned users to expect free operating system updates. There may be truth in both of those, but a large part of Microsoft’s sudden generosity no doubt lies in the desire for cold, hard cash.
Wait, what? Isn’t Windows 10 fre… er, a free upgrade?
Yup! And therein lies Microsoft’s genius.
Windows 10 is a free upgrade only for consumers. Very, very, very few consumers ever pay money to upgrade their operating systems. Look at the masses sitting pretty on Windows XP and Windows 7! For most of the operating system’s history, Windows users were one-and-done buyers that never emptied any more cash into Microsoft’s pockets unless they decided to buy a one-time Office license or an Xbox.
Windows 10—like Windows 8 before it—changes that. It’s infused with all sorts of hooks into Microsoft’s superb ecosystem of services, which are a strong focus under Nadella’s watch.
Cortana ramps up Bing’s market share with every search you make. OneDrive backs up everything to the cloud, and of course you can buy more storage space if you need it. The Video, Groove Music, and Xbox apps encourage entertainment purchases through Microsoft. The new Edge browser and the very operating system itself track you to serve targeted ads. The free Office apps encourage paid Office 365 subscriptions to unlock full functionality. Underneath it all, the Windows Store is the repository for all of Microsoft’s vaunted universal apps (and plenty of other things to buy). Heck, even Solitaire begs for a monthly subscription to ditch ads now.
In other words, while Windows 7 customers never contributed anything to Microsoft’s bottom line, Windows 10 is chock full of opportunities for Microsoft to make some money off of you, long after you’ve paid up for your Windows license. Which, of course, you still have to do. Microsoft isn’t crazy.
And that’s just fine! Windows 10 is a wonderful operating system, and a worthwhile upgrade from Windows 7 and 8. Plus, Microsoft provides you the option to disable or outright not use any of its services—though they are pretty damned polished and helpful. You don’t have to pay Microsoft any more money or let it peer over your shoulder just because you use Windows 10 (though the express installation settings enable it all by default, natch).
But Windows 10 definitely isn’t free—and it pays to know why.