A small number of Nvidia Shield Pro consoles suffer from ‘a hard drive issue that can worsen over time.’

Nvidia’s sure having a rough summer as it attempts to branch out beyond butt-kicking graphics cards. In late July, the company recalled 88,000 Nvidia Shield tablets due to a potential heat risk, and now, hard drives woes are forcing Nvidia to replace some customers’ Shield Pro Android TV consoles.
Fortunately, the issue with the Shield Pro isn’t nearly as far-reaching as the tablet’s hot hot battery. Less than one percent of Shield Pro units are affected by the issue, Nvidia’s Manuel Guzman said in the company’s forums. Defective consoles suffer from “a hard drive issue that can worsen over time,” according to Guzman. 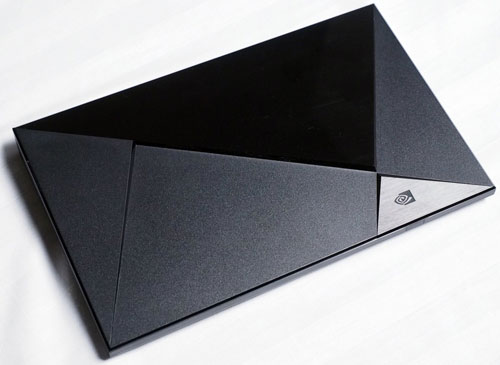 The issue manifests itself in two ways. If you see a fastboot menu appear after installing the Shield TV’s Upgrade 1.4, you’ll want to replace your console, even if it starts functioning correctly again after a reboot. Affected consoles can also display “severe and persistent pixilation in all tiles of the top row of the Android TV home screen (text in tiles will be unreadable and does not become clear after a few seconds).”
Sound familiar? Then you’ll want to get in touch with Nvidia’s customer care. They’ll ship out a new Shield Pro as soon as the RMA is confirmed—even before you ship the busted unit back.
The impact on you at home: The recall comes at an awkward time, as Nvidia’s busy telling the world how superior the Shield TV is to the new Apple TV. But don’t let this minor hiccup turn you off on the Shield TV. One percent of units isn’t very large, all things considered, and as we mentioned in our massive media streaming buyer’s guide, Nvidia’s Shield TV is easily the best solution available if you want cutting-edge features like 4K video support and the ability to stream full-blown PC games to your TV.