Fortunately, Google is already aware of the exploit, but it’s another sign of how essential regular security updates have become.

A security researcher revealed a new exploit that could allow someone to take control over someone else’s Android phone remotely with just one Chrome link.
Researcher Guang Gong showcased this nefarious plan at MobilePwn2Own, part of Tokyo’s PacSec conference. The full details weren’t revealed, in order to deter anyone with malicious intent from putting it into action.
Gong was able to take control of a Project Fi Nexus 6 by attacking a JavaScript vulnerability in Chrome. Through the exploit, he installed an application granting total access to the phone without any user notification. 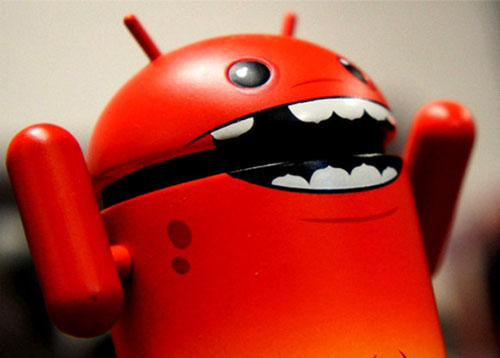 Luckily, a member of Google’s security team was at the event, so Google will soon be at work on a patch (along with offering a hefty reward bounty for Gong). As long as you avoid sketchy websites and stick to the Play Store for downloads, you should be fine, but it’s always to good to keep an eye on the security landscape.
Why this matters: The Stagefright vulnerability raised the issue of Android security to a higher level because of how easily someone could unknowingly infect their devices from an MMS message. In response, Google now sends out a monthly patch to Nexus devices, while other hardware makers have said they’re going to also step up their security game. It’s badly needed, as Android’s large marketshare demands a robust security structure and update system.
For comprehensive coverage of the Android ecosystem, visit Greenbot.com.

A beta of Microsoft’s digital assistant for Android surfaces before its official launch later this month. 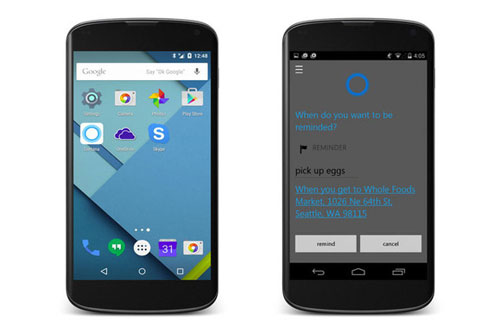 If you’ve been eagerly awaiting the arrival of Cortana for Android, today’s you’re lucky day. According to Finnish tech site SuomiMobiili (via Unofficial Microsoft News), a prerelease build of Microsoft’s digital assistant for Google’s mobile OS leaked out Friday and has been illicitly made available for download.
Unofficial Microsoft News says the leaked build is “functional” and that it has all the features you can expect from Cortana on Windows 10, so it would seem to be a pretty direct port of the software.
The story behind the story: Microsoft announced Cortana for Android last month, with a goal of releasing it sometime in July. By releasing Cortana for Android, Microsoft will take another step toward fulfilling CEO Satya Nadella’s vision for the company—that is, to provide productivity tools to as many customers as possible, even if they’re using a competing platform like Android. Whether Cortana offers enough to sway Android users away from Google Now remains to be seen, but you can’t fault Microsoft for trying.

If you decide to take it for a spin, keep in mind the leaked version of Cortana is still a beta—and one that wasn’t necessarily intended for public consumption—so you may encounter bugs along the way. If you’d rather play it safe, stay tuned for our hands-on next week, and we’ll let you know how it worked for us. 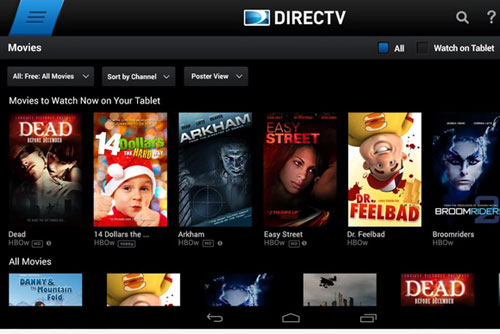 Android Auto, baked directly into cars: Google may want it, but whether automakers do is unclear

Google may be planning to build its Android Auto infotainment system directly into car dashboards next year, but obstacles abound.
Direct vehicle integration would be a feature of Android M, which, according to Reuters’ unnamed sources may launch in the next year or so. However, there’s no word on when the first vehicle would arrive with Android Auto built-in, or whether automakers are even on board with the plan.
In its current form, Android Auto (which is still in beta) requires users to plug their phones into the car’s infotainment system with a Micro-USB cable. Competitors Apple CarPlay and MirrorLink system work similarly. Neither Google nor Apple, nor MirrorLink’s nonprofit Car Connectivity Consortium, have announced plans to build their systems directly into car dashboards.
Why this matters: While plug-in systems are a fine short-term solution, they have some inherent drawbacks. They can be laggy as they receive the signal by wire, and they take a long time to start up. It’s also an inconvenience to plug and unplug your phone, and you could forget to take it with you when you leave. Building these systems directly into vehicles is the next logical step, but it would come with significant challenges. 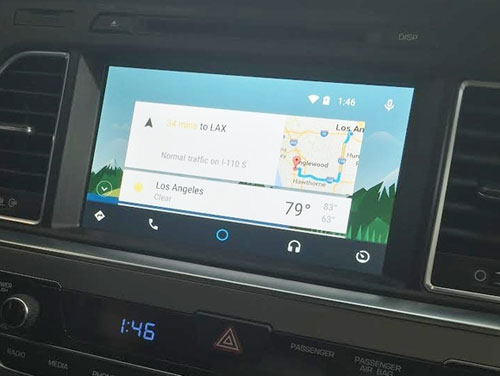 As automakers explained to me during Google I/O, building an entirely new infotainment system is a much longer, more complicated process compared to letting users plug in their phones. A built-in system would have to support every function the car offers, including climate control and FM radio. By comparison, a plug-in system acts as a supplement, letting Google pick and choose the features it wants to offer, while the automakers handle everything else.
And as Reuters notes, automakers like having that control, because it gives them a way to stand out from their competitors. While Android has been highly customizable in the past, all signs indicate that Google wants to have tighter control over its software. Automakers might not be eager to adopt a system that looks the same in every car.
On a higher level, supporting plug-in systems gives automakers a way to stay platform-neutral. It will be possible, for instance, to get a car that supports CarPlay, Android Auto, and MirrorLink, so the buyer doesn’t feel permanently locked into any of them. It’s unclear whether that would still be the case if the system is built entirely by Google.
That’s not to say Reuters’ report is incorrect. Google may very well announce Android Auto integration next year. But getting automakers to use it will be another matter entirely.