LG returns to Windows Phone with a whimper

Three years after swearing off Windows Phone, LG is back with a budget handset for Verizon Wireless.
The LG Lancet has a 4.5-inch display with 854-by-480 resolution, a Qualcomm Snapdragon 410 processor, 8 GB of storage (with MicroSD expansion), an 8-megapixel rear camera, a VGA front camera, and a 2,100 mAh battery. 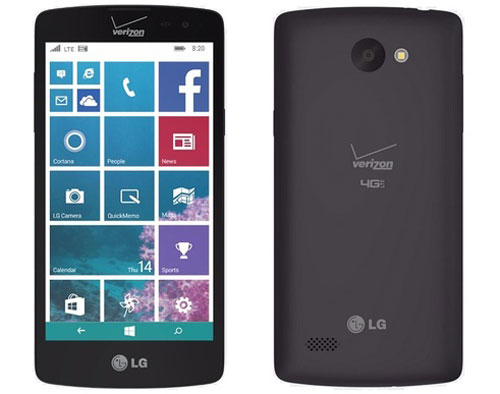 Those specs put the Lancet squarely on the low end of the smartphone spectrum, but it has a price to match. Verizon is charging just $120 for the phone without a contract, or you can get it with a two-year commitment for $20.
For software, the Lancet runs Windows Phone 8.1, but LG is also borrowing some features from its Android phones. For instance, users can wake or lock the phone by double-tapping on the display, and can snap a selfie with a hand gesture. A Quick Memo application lets users take notes or capture the screen during phone calls.
The Lancet is available now through Verizon’s website. If you’re looking for a new high-end Windows Phone, it’s not going to happen until Windows 10 arrives this summer.
The story behind the story: LG was one of the first Windows Phone manufacturers in 2010, but a few years ago the company publicly declared that it would stop supporting Microsoft’s platform, citing a lack of meaningful market share. While Windows Phone is still far behind iOS and Android, Microsoft’s hardware reference design and support for on-screen buttons now makes it easier for phone makers to turn their existing Android handsets into Windows Phone variants. That seems to be the case here, as the Lancet is very similar to one of LG’s recent low-end Android phones, the Leon.

LG has announced it is to start mass-production of what it calls the “world’s first flexible OLED [organic light-emitting diode] panel for smartphones”.
The South Korean firm said it hoped to start selling the first handsets to feature the tech next year.
The news comes weeks after Samsung made a similar announcement.
Samsung said it intended to launch its first product – a special edition of the Galaxy Note 3 – later this month.
Both companies already use the technology to offer curved OLED television sets.
Although the displays used in the TVs are in theory “flexible”, they are mounted in fixed shells so they cannot be bent or otherwise re-shaped by the owner.
A press release from LG’s display division indicated its handset screen would curve from top-to-bottom rather than side-to-side, the design Samsung described in a recent patent. 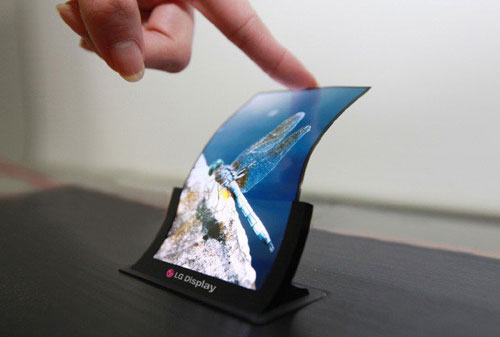 It said the advantage of using the tech was that the panel was “bendable and unbreakable”.
“The new display is vertically concave from top to bottom with a radius of 700mm [28in], opening up a world of design innovations in the smartphone market,” LG added.
“What’s more, it is also the world’s lightest, weighing a mere 7.2g [0.25oz] even with a 6in screen, the largest among current smartphone OLED displays.”
One industry watcher was not convinced the product, as described, would have much appeal.
“I think LG is doing this to show it is innovative, to do something different and to stand out from the rest of the bar-style screen devices that we have at the moment,” said David McQueen, a mobile device expert at tech consultants Informa.
“But I don’t think consumers are going to be that interested by a slightly curved design.
“However, we do think there will be interest if flexible screens are used to offer different form factors.
“For example a device that you snap round your wrist or a traditional shaped smartphone whose screen wraps around the sides onto a bit of the back so that the edges become touchscreen rather than hard buttons.”