Microsoft Corp on Tuesday said it will buy Nokia’s mobile phone business for 5.44 billion euros. The deal is expected to close in the first quarter of 2014 and it is subject to approval by Nokia’s shareholders and regulatory approvals. Here are some key facts about the deal:
* As part of the transaction, Nokia will grant Microsoft a 10 year non-exclusive license to its patents as of the time of the closing of the deal and Microsoft will grant Nokia reciprocal rights. In addition, Nokia will grant Microsoft an option to extend this mutual patent agreement to perpetuity. Of the total purchase price of EUR 5.44 billion, EUR 3.79 billion relates to the purchase of substantially all of the Devices & Services business, and EUR 1.65 billion relates to the mutual patent agreement and future option. Additionally, Microsoft will become a strategic license of the HERE platform, and will separately pay Nokia for a four year license. 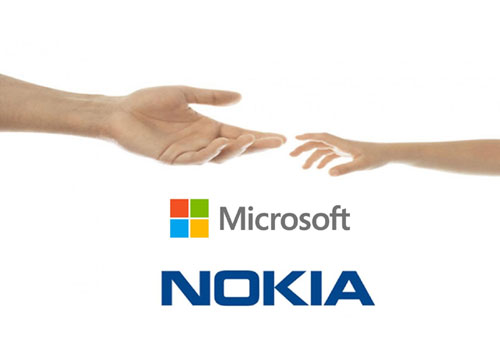 * Microsoft has agreed to make immediately available to Nokia EUR 1.5 billion of financing in the form of three EUR 500 million tranches of convertible bonds to be issued by Nokia maturing in 5, 6 and 7 years respectively. It is at Nokia’s discretion if it chooses to draw down all or some of these tranches.
* At closing, approximately 32,000 people from Nokia are expected to transfer to Microsoft, including approximately 4,700 people in Finland. Nokia’s CTO (Chief Technology Office) organization and patent portfolio will remain within the Nokia Group.
* Microsoft has said it will draw from its overseas cash resources to fund the transaction.
* Microsoft also said it is acquiring Nokia’s Asha brand of low to mid-level smartphones and will license the Nokia brand for current Nokia mobile products.
* Nokia CEO Stephen Elop will be coming back to Microsoft, and he will lead an expanded Devices team, which includes all of Microsoft’s current Devices and Studios work. Nokia board chairman Risto Siilasmaa will take over CEO duties while the Finnish firm looks for a new CEO to replace Elop.