There’s no real world usage for this kind of hack, but it’s pretty neat to see nonetheless.
It bears repeating that the neat part about being an Android user is all the tinkering you can do with your phone or tablet.
In this case, XDA Developer forum member ycavan managed to get Windows 7 running on an Asus ZenFone 2. There’s even a video showing how it works, though note that there’s no audio. 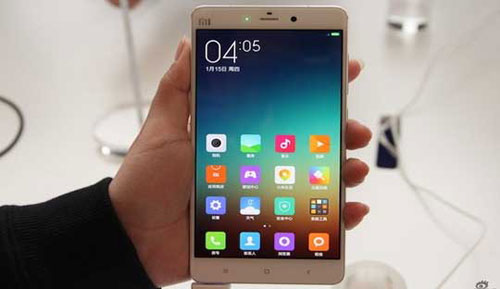 Unlike a majority of other Android phones, the Asus ZenFone 2 utilizes an Intel-based Atom processor. ycavan cited the reason for the hack was because he was curious about “running Windows at near native speeds.” It’s definitely not perfect—there is no Direct 3D support, for instance—but it works, even if the ZenFone 2’s 5.5-inch display seems a bit small for a full desktop operating system.
Why this matters: It’s always interesting to see what the enthusiast community can do with Android. I don’t personally think there’s any particular need to have Windows 7 running on such a small screen, but I don’t deny that it’s fun to do.

The US Government may investigate whether or not Apple’s 30-percent App Store cut gives Apple Music an unfair advantage, according to Reuters.

If you’re reading this, there’s a good chance that you already know that Apple takes a 30-percent cut of all purchases made through the App Store and in-app purchases. While that setup has worked out reasonably well for both Apple and third-party developers, it’s raising some eyebrows in Washington, DC in the wake of Apple Music’s launch. 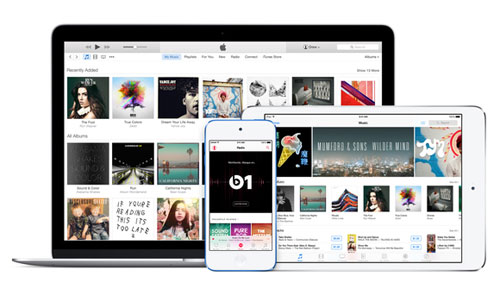 Reuters reported Friday that the US Federal Trade Commission may open an investigation into whether that 30-percent cut gives Apple Music an unfair edge over rival streaming music services like Spotify and Rdio. Streaming company executives tell Reuters that it’s difficult enough to make a profit at the customary $9.99 monthly subscription rate, and Apple’s 30-percent policy doesn’t help matters anyway.
To compensate for Apple’s policy, Spotify charges a higher monthly rate—$12.99—for subscriptions through Apple’s in-app purchasing mechanism (Apple Music, by comparison, costs $9.99 per month for individual subscriptions and $14.99 per month for family memberships). Spotify has started to promote the fact that subscriptions set up through the Spotify website cost $3 less, as MacRumors points out.
It’s important to note that Apple doesn’t force services to use in-app purchases for subscriptions or purchases, but in-app purchases help streamline things to a great degree. For example, the Kindle app for iOS requires you to visit Amazon’s website through a browser to purchase new ebooks: It works, but it isn’t as seamless of an experience.
Why this matters: Apple has the mindshare, market share, and financial resources to become an instant contender in just about any field if enters, and so far it seems that this has held true for Apple Music. If nothing else, fact that streaming services are concerned about Apple’s in-app purchasing policy—a policy that applies to all third-party apps in the App Store—is an early sign that Apple Music has already made an impact in the music streaming industry.

Looks like Moore’s Law has some life in it yet, though creating a 7nm chip required exotic techniques and materials.
How far can we push Moore’s Law? It’s starting to become a concerning question as processors push into almost infinitesimally small process nodes.
Intel’s 14-nanometer Broadwell chips suffered from lengthy delays, stuttering Intel’s vaunted tick-tock manufacturing schedule. TSMC, the company that manufactures graphics processors for AMD and Nvidia, has been stuck at the 28nm node for yearsnow. Intel plans to push into 10nm in 2017, but IBM’s looking beyond that, and just revealed the world’s first working 7nm processor—but it took some pretty exotic manufacturing to get there.
Creating a working 7nm chip required moving past pure silicon, IBM revealed. IBM—working with GlobalFoundries, Samsung, SUNY Polytechnic Institute, and others—carved the transistor channels out of silicon-germanium (SiGe) alloy in order to improve electron mobility at such a small scale. Intel has also said 10nm will be the last gasp for pure silicon chips.

IBM and co. had to turn to cutting-edge lithography techniques to etch features onto the chip. The companies utilized extreme ultraviolet lithography, which Intel has also been investing heavily in for years now. The details behind EUV get complicated, but essentially, it’s a beam of light with a far narrower wavelength (read: width) than current lithography tools. The benefits of moving to a smaller feature-etching tool when working on a chip with 7nm components is obvious.
The consortium also managed to stack the chip incredibly tightly, with a 30nm transistor pitch, which helped it achieve a nearly 50-percent surface area reduction over today’s top-end chips.
The 7nm SiGe chips are nowhere near production-ready, but when they’re cleared for commercial use around 2017, IBM says they’ll result in “at least a 50 percent power/performance improvement for next generation… systems” on account of all those process improvements. Ars Technica has a wonderfully detailed write-up on the manufacturing process for IBM’s 7nm chips.
But that’s not even the most impressive number. IBM says that when the industry embraces 7nm manufacturing techniques, processors will be able to be stuffed with an incredible 20 billion transistors. By comparison, Intel’s new Broadwell-U processors pack “only” 1.9 billion transistors.

The Internet of Things and the currency of privacy

If you’re like most people, you share a lot of personal information with companies like Google and Facebook for the convenience their free services provide. In turn, these companies sell your tastes and preferences to marketers, probably for less than $2 a pop.
You read that right. The Financial Times created an online calculator to estimate how much your data is worth down to the penny. Mine is worth $1.55. Face it: Privacy is a commodity; even a form of currency. And everybody’s info is worth a different dollar figure – to marketers, and to you.
As the Internet of Things (IoT) proliferates, providing us with more connected gadgets, marketers will get to know you even better. Consider what your watch, your light bulbs, and your refrigerator can add to the conversation.
The advertising industry is already salivating over the Internet of Things’ potential. “The primary benefit of the IoT to marketers is the remarkable consumer data it provides,” wrote Marko Muellner in a ClickZ article. (ClickZ is a news site for the marketing industry.) 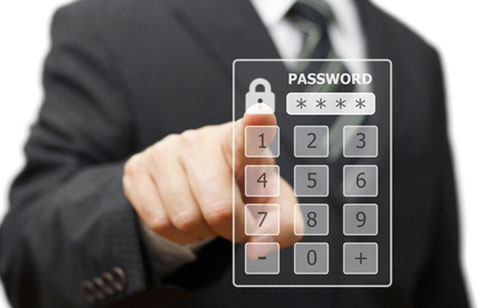 According to George Lee, the Chief Information Officer of Goldman Sachs’ Investment Banking Division, “Ninety percent of the world’s data has been created in the last two years.” The large Internet companies are the primary collectors of this massive assemblage of bits.
We’re all complicit in these data gathering methods. We choose to join social networks, and we tell them where we are and what we’re doing. We carry smartphones that, by their very nature, track our location. And we sign off on the collection and use of this data as a mandatory and cursory matter when we sign up for any new service.
And most of the time, there are no negative results. The corporations will use your data for targeted advertising and market research, creating a smarter and more efficient system for ecommerce.
Still, many people feel uncomfortable with these practices. A growing awareness of exactly how these big data tools work is leading people to be more guarded about the information they share online. In the future, as they become perpetually more connected and ingrained in the economy of information, consumers will look to strike a clearer definition of what data they see as ‘private’, what they are willing to provide in exchange for services, and what kind of a price tag to put on it. Armed with the right knowledge and outlook, you can make this arrangement work to your advantage.

Know the tradeoffs and buy in with your eyes open

ClickZ’s Muellner acknowledges that “We’ll only get access to that data by providing real value in exchange.” In other words, consumers won’t turn over their personal information unless they get something out of it, like a free online service or a smart home convenience. By gauging the value of that service or convenience against an understanding of the type of information it can accumulate, you can intelligently weigh the risks and make an informed decision about the value of your privacy.

Cut the cord and leave cable TV behind

The FCC’s most recent report on the cost of cable found that the price of expanded basic cable service increased by 5.1 percent in 2012, and additional reports show that those prices have continued to rise, unabated, ever since.
Millions of consumers are now cutting the cord that provides television services while keeping the one that provides broadband internet. The idea: Replace traditional broadcasting with video streaming and downloading services so you can access the same television programs you love via the web. 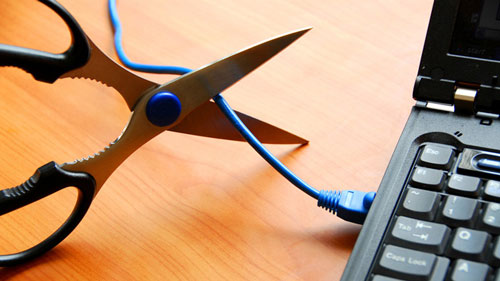 The centerpiece of this strategy usually begins with leveraging streaming services likeNetflix, Amazon Prime Instant Video, and Hulu Plus, many of which provide subscribers with recently-broadcast television programming, complete seasons of past TV episodes, and multi-device compatibility so you can watch on TV, your computer, or via a mobile phone or tablet. Each service tends to have specific strengths – Hulu is more focused on current television shows, while Netflix has the best movie selection. Also, many of these services offer programs that aren’t available on other services – including original programming that isn’t available on cable TV at all – so serious cord-cutters often find they need to subscribe to a multitude of streaming systems to watch everything they want to see.
Remember that an old-school antenna is always another option. With a powerful digital antenna, network programming is free (and much higher in quality than you probably remember from the old days). Newer high-tech services, including Sling TV,Roku’s product line, and the Google Chromecast, are all options that can give you access to streaming content to help you eliminate the cable company as the bloated middleman.

If you’re the kind of person that collects programs – especially movies – for repeated watching, it often makes sense not just to stream video, but to download it for the long term. Programming stored on your own hard drive isn’t dependent on having a fast, uncongested to keep it going, so it can be watched even if the cable goes offline – and once you download it, it never disappears. (Streaming service contracts are generally time-limited, so a movie available on Netflix today may no longer be streamable tomorrow.)
Video content – either movies or individual episodes of television programs – can be downloaded from several services, including iTunes, Amazon Instant Video, andGoogle Play. Movies can be stored on individual devices, but these can eat up a huge amount of space on a storage-strapped smartphone, particularly if the movie is encoded at HD quality. A better idea: Store movies on a NAS device that every (authorized) device in the house can access. A QNAP Turbo NAS like the TS-453 Procan work perfectly as a central media server for all your downloaded content – and it can also do additional jobs like storing (and streaming) your downloaded music files, home videos, and other computer files.
Accessing centrally stored video is becoming easier than ever. Smartphones and tablets will require a service-specific app, and apps like QNAP’s Qvideo or Qfile make it easy to stream video directly from your NAS. Both Qvideo and Qfile stream video stored on your QNAP NAS directly to your phones or tablets, as well as streaming directly to Chromecast devices attached to a TV, or Apple TV via Airplay. Qfile can even sync media among computers on your LAN to back up and synchronize media on all your devices.
With all these options available and more on the horizon, more and more people are discovering that there’s no reason to shell out big bucks each month for the cable company’s rising prices and poor service. Cut the cord, and leverage streaming services and downloaded video to access the movies and television programming you want, when you want it.