The company will offer “mainstream” support for its upcoming OS until 2020 at the earliest, and “extended” support until at least 2025. 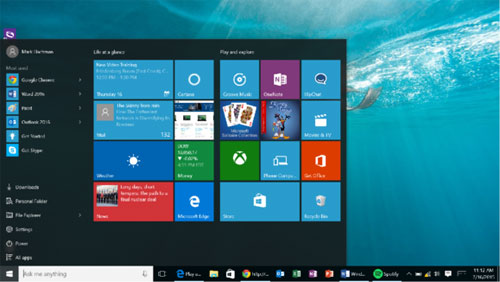 Back in January, Microsoft first stated that Windows 10 would be free for the “supported lifetime of the device” you install it on. That wording caused some confusion: What the heck is a device’s “supported lifetime,” anyway? But we’re now getting a better idea of what you can expect in terms of Windows 10 support.
According to an updated support document published to Microsoft’s site, the company will offer “mainstream support” for Windows 10 through October 13, 2020, and “extended support” (that is, how long you can expect Microsoft to issue Windows 10 security fixes) through October 14, 2025.
For those keeping score at home, the five-year mainstream support and ten-year extended support periods are more or less in line with the support cycles for Windows Vista, 7, and 8, so you won’t be cut off early, support-wise, with Windows 10.
If your computer is no longer supported by its manufacturer, you should be good to go as well. According to ZDNet’s Ed Bott, you’ll be able to install Windows 10 “even on devices where the OEM does not officially support Windows 10 and has no plans to do so.” Put another way, you’ll still get Windows 10 software updates from Microsoft, even if your PC’s manufacturer no longer offers support for your computer.
Microsoft will release Windows 10 for PCs and tablets to the masses on July 29th, with Windows 10 Mobile following sometime this fall. In the meantime, if you’re on Windows 7 or 8, you can “reserve” your copy now and be notified when Windows 10 is released.