Didn’t ask for Windows 10? Your PC may have downloaded it anyway

Microsoft confirms auto-download of massive Windows 10 files, even for users who don’t opt into the upgrade.

Whether you want Windows 10 or not, Microsoft says it may download the files to your PC regardless.
In a statement to the Inquirer, Microsoft confirmed that it automatically downloads Windows 10 installation files on eligible PCs, provided automatic updates are enabled through Windows Update. The download occurs even if users haven’t opted in through the Windows 10 reservation dialog.
“For individuals who have chosen to receive automatic updates through Windows Update, we help upgradable devices get ready for Windows 10 by downloading the files they’ll need if they decide to upgrade,” Microsoft told the Inquirer. “When the upgrade is ready, the customer will be prompted to install Windows 10 on the device.”
When reached for comment, Microsoft told PCWorld that the downloads occurred around the time of Windows 10’s July 29 launch.
Why this matters: Microsoft appears to have crossed a line in its zeal to move people onto its latest operating system. Several reports indicate that the Windows 10 files take up as much as 6GB of storage in a hidden folder, potentially hamstringing machines that don’t have much free space left. Even worse, users who have strict data caps could face hefty overage charges for a massive download that they didn’t even ask for. 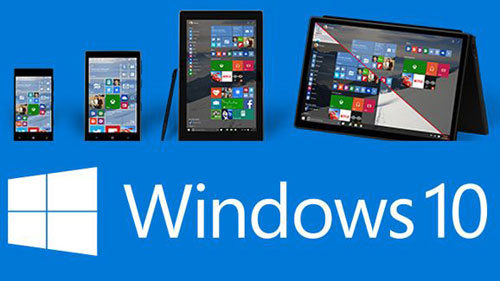 PCWorld has also heard from several readers on this issue, including one whose data plan has been affected by the automatic download. The reader, who runs a small computer repair shop, did not reserve Windows 10, yet recently noticed 6GB missing from his main desktop.

Upon further investigation, the reader’s daughter—who lives in an area without wired Internet and relies on Verizon Wireless for connectivity—had also automatically downloaded the installation files. “They do not wish to upgrade at this time, as they prefer to stay with Windows 7,” the reader said. “But they’re four days into their wireless plan, and have used more than half of their allowance because of the Windows 10 download.”

The Inquirer also spoke to a reader who said Windows 10 tries to install itself every time the machine is booted. It’s unclear if this is typical behavior for those who haven’t opted into the upgrade.
This isn’t the only instance where Windows 10 has gotten users into trouble with data caps. By default, the system also uses peer-to-peer networking to distribute Windows 10 updates, potentially eating up bandwidth without users’ knowledge.

What you can do

It’s worth noting that Windows Update provides users with a few auto-install options. Enabling “Important” updates provides security and stability fixes, while “Recommended” updates are meant to improve non-critical issues. There’s also a “Microsoft Update” option for other software such as Office. We’ve reached out to Microsoft to see which of these tiers enables the auto-download of Windows 10 files.In the meantime, some users have reported success at removing the files and Windows 10 update prompts by entering the following into command prompt as an administrator:
WUSA /UNINSTALL /KB:3035583code>
This should at least remove Windows 10’s update notifications, but we haven’t confirmed whether it removes the installation files and prevents further downloads.